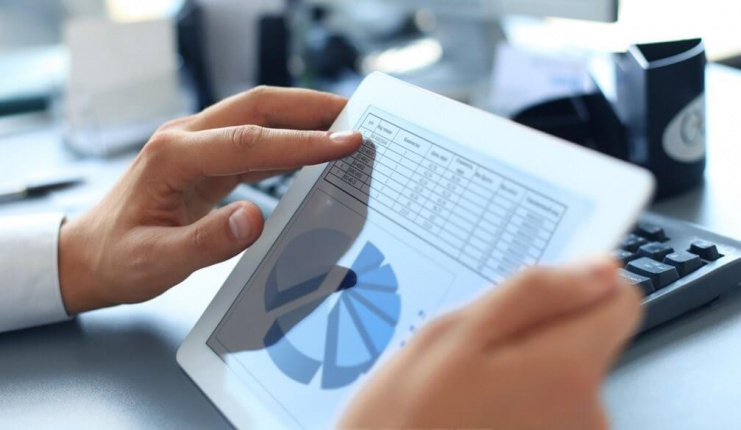 In March, the rally in the stock markets continued, the S & P 500 index added 4.2% and upd ated a historical record. It is worth noting that not everyone in the stock grew evenly, if in the last year the shares of growing technology companies have sharply outpaced the rest, now there has been a significant pullback in this trend. With the overall growth of the indices, many technology companies, on the contrary, fell, which, in particular, caused the collapse of the Acheros fund. Fund managers with a capital of 20-30 billion, with the help of loans from the largest banks, opened positions worth about 100 billion and lost all their capital in a few days during the fall, which also caused the creditor banks to suffer losses of 10 billion dollars. Acheros will certainly go down in the history of the greatest financial failures, but the waves of defaults of second funds did NOT trigger this situation and soon the markets resumed their growth. It is also noteworthy that such an impressive growth was shown by the indices despite the continued growth of interest rates - the yield on 10-year US bonds, for example, increased from the beginning of the year from 0.91% to 1.74% at the end of March. Meanwhile, vaccination in developed countries is rapidly gaining momentum and the number of vaccinated people is already in tens of percent of the population, and in Ukraine, unfortunately, on the contrary, infections and deaths se t records, half of the regions are in the red zone, more and more stringent lockdowns are being introduced.

The debate about inflation is becoming more and more acute in investor circles. The rise in inflation this year, and especially in the coming months, no longer raises any questions, but whether the growth of inflation will continue further or slow down again - this is perhaps the most important question for financial markets now. If inflation continues to rise - lending rates rise, the US Federal Reserve will have to cut stimulus earlier, economic growth will slow down and markets are likely to fall. If inflation slows down, the rapid economic recovery continues, the Fed will be able to stimulate longer, and the markets will probably be able to grow even more. At the same time, there are weighty arguments in favor of both scenarios and many supporters among well-known economists and investors, so it is difficult to say which of them is more likely today. In Ukraine, without the IMF program, a budget crisis is brewing again, and the concentration of Russian troops on the border does NOT add optimism and, accordingly, the desire for investors to buy Ukrainian bonds, which makes financing the budget deficit even more difficult. Maybe at least an external threat will push the Ukrainian authorities to the necessary reforms or make the Western partners more accommodating, but for now the risks to the Ukrainian economy are clearly growing.