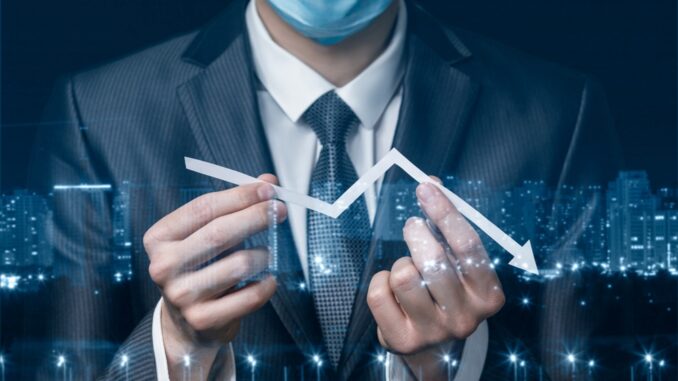 September 21 in the financial markets was remembered for the correction and a significant increase in volatility, and in almost all regions and asset classes at once. The problems of the largest in terms of debt volume of the Chinese developer Evergrande have long been known, but in September the crisis in the company turned into a more acute phase, including a drop in the price of the company's bonds to 20 cents per dollar, protests, construction delays and government intervention. Although the volume of debt of more than $ 300 billion is an impressive figure even for China, the financial system of China, carefully controlled by the party, can cope with direct damage, but investors are rightly afraid of the effects of the second and third order. In China, real estate represents a large share of the population's assets, and construction and related industries provide a larger share of GDP than in other large economies, therefore, a prolonged fall in prices for Chinese real estate will cause problems for all developers and banks, and may lead to a recession with global economic consequences. Meanwhile, energy prices continue to rise, and in some regions this can already be called an energy crisis. Gas prices in Europe are hitting records, but oil, coal and electricity are also on the rise worldwide. The systematic underinvestment in traditional energy sources in recent years does not help the situation, this situation cannot be quickly reversed, therefore the rise in energy prices may well continue, which will only increase the already high inflation. In response to rising inflationary expectations, the Fed intends to start rolling back monetary stimulus, cutting back on bond purchases this year. As a result, the S&P 500 index closed the month with a result of -4.8%, the yield on 10-year US bonds rose from 1.3% to 1.5%, and the dollar strengthened against other currencies.

In Ukraine, meanwhile, everything is surprisingly calm. Recently received 2.7 billion dollars. from the IMF allow to finance the budget deficit at least until the end of the year, besides, it is possible to receive new tranches in winter. Despite the volatility in the financial markets, while the external economic background can be called favorable, the prices for Ukrainian exports, in particular iron ore and agricultural products, remain high, besides, Ukraine is gathering another record harvest this year. As a result, unlike many emerging market currencies, the hryvnia continues to strengthen against the dollar. However, the risks for the economy remain, Ukraine will have to buy gas at a very expensive price, and in the event of a cold winter in Europe, it may not be enough for everyone physically. In addition, the incidence of covid-19 in Ukraine is growing faster than in previous waves due to the more infectious delta strain and the extremely low level of vaccination. It looks like new large-scale lockdowns with significant economic damage are inevitable.